The article is based on a study done by Annis Fung. She believes that Hong Kong Children are over-confident and blames the parents for giving too many things to their kids. I was a little surprised by the article because she was comparing children in Hong Kong to children in the US and was deeming HK 11 year olds to be on the same level as adolescent criminals in the US and Canada. Correct me if I’m wrong but I haven’t heard of any HK teenager pulling a gun out at school or university lately.

I believe the children of today are different. They have so much more out there than we did in the 80s and 90s. But most kids go through a brat-like phase, it’s called being a teenager. Parents push their kids to excel and “go for gold”. I don’t think its a HK thing, I think it’s a universal thing. Who doesn’t want what’s best for their child? To say that children brought up here are so self-centered they’d go so far as being dangerous to get what they want is a little far-fetched. I think children everywhere these days know what they want and are often willing to go through desperate measures to get it.

I’m generalising when I say this but one thing I have noticed about children in Hong Kong (and children raised anywhere with domestic help) is their sense of discipline (or lack of). While it’s common in most countries for children to help around the house, tidy up after themselves or be responsible for household chores, in a place like HK, all that is taken care of for us. While this is a true blessing I think it is important to raise our children to do things for themselves, to be aware of the mess they create, to understand that even though they have someone to do it for them, they should be able to do it for themselves.

What do you think? Is there any truth to this article or is Ms. Fung basing all this on a study that carries no weight? Let me know your thoughts. 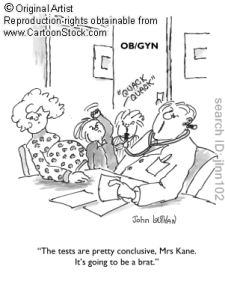